The association in numbers 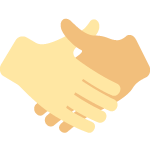 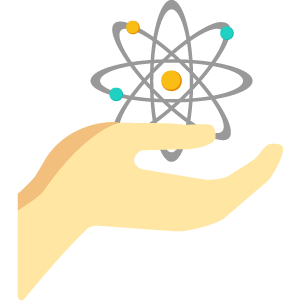 At the end of the 1990s, a small group of friends, all professionals with children, began brainstorming about how to connect the entire society to the wonders of science.

For a few years through the association SINAPSI, they worked on raising awareness about science, in particular enlightening the general public about the many advantages derived from scientific discoveries.
They were and remain firmly convinced that learning about the latest scientific research frees us and thus an interest in science defends our freedom.

Raffaella Ravasio and Umberto Corrado came up with the bright idea that they shared with their friends Alessandro Bettonagli, Gianvito Martino, Andrea Moltrasio and Mario Salvi. Soon the group began taking the necessary steps to organize some events in Bergamo. Above all, they wanted to eliminate the ivory-tower feel that often surrounds the academic world. They knew that avant-garde scientific research could be presented in a serious but straightforward and appealing way for the general public.

And with this mindset, a marvellous adventure began. In 2003 at the first BergamoScienza Festival, two of the four events were booked solid.
Even though the subject matter was challenging, people turned out in droves. The events were well received by both the city and the society as a whole.

In 2005, the public’s obvious thirst for knowledge prompted the six friends to think big and create an ongoing event. Next, they turned to the region’s major institutions with which they’d already developed strong relationships based on their mutual interests in the project’s aims. The pioneering sponsors –  Confindustria Bergamo, Bergamo Chamber of Commerce, UBI Banca, University of Bergamo, Vita-Salute San Raffaele University in Milan – and the group of friends founded the BergamoScienza Association.

The BergamoScienza Association has concrete goals: create a new means of spreading scientific knowledge that moulds minds, especially young ones; spark widespread interest in growing through knowledge; ensure that the method of disseminating information is unbiased and accessible and useful for everyone.

The founding members also declared that all events would be free of charge.

In 2015, after more than a decade of successful festivals and continuously rising attendance, the association inaugurated its permanent home, the BergamoScienceCenter, pleasing the citizens, schools, businesses and city government that had asked for a bona fide centre.

You can now explore the wonderful world of science all year long.

Our MEMBERS are the pillars of BergamoScienza. Any Italian or foreigner who lives in Italy or is a legal resident can become a member. Membership is also open to associations, societies and public and private entities that seek to foster the advancement and promotion of education, especially science education.

The members share the organization’s goals and approach. They are ambassadors, spreading the word about and mission of BergamoScienza.
During membership meetings, association news and future courses of action are presented. Members participate in events, contributing valuable help and opinions.

The Board of Directors’ responsibilities include deciding on issues concerning the Association and carrying out the association’s aims in accordance with directives from the general assembly.

In addition, the board members can also authorize any measures regarding the association’s assets and finances beyond that of an ordinary administrative nature and decide on new member applications as well as the support and participation of the association in public and private entities and institutions, designating a representative among the members.

The Scientific Committee is a consultative body that supports the Board of Directors in all of the association’s activities and events. The scientific committee can propose to the board of directors the appointment of a special committee to study and research suitable activities.

The Organizing Committee, convened by the Secretary General pursuant to the current statutes, coordinates and plans the Association’s cultural and scientific events, most notably the BergamoScienza Festival.

The Youth Committee is made up of BergamoScienza volunteers who are between 16 and 30 years of age. In addition to coordinating the young volunteers, the committee is also responsible for promoting BergamoScienza all year round, proposing events and initiatives, raising awareness of the association’s positive impact on the community and arousing interest in participating in BergamoScienza, especially among young people.

COSI is a group composed of BergamoScienza interiors and external professionals - all under 40/50 - who bring experience and contacts matured in the field of scientific divulgation and similar environments.
Its role is to dialogue with the Scientific Committee, the Association's secretariat and the Festival's organisational secretariat in order to develop an integrated programme that synthesises and enhances the work of all the Commissions.

The School Committee, convened by the Secretary General pursuant to the current statutes, supports the association’s organized activities, especially the BergamoScienza Festival.The Committee evaluates the schools’ projects, indicates any specific needs to the Organizing Committee, manages the relationships with the schools and follows the projects from the planning phase to the completion, all the while offering expert help.

The Exhibits and Workshops Committee, convened by the Secretary General pursuant to the current statutes, provides support for the BergamoScienza Festival’s organized activities. The Committee evaluates the proposals submitted by individuals and public and private entities and reports back to the Secretary General and Organizing Committee.

Volunteers who are older than 35 are a vital resource of the association and festival. For many years, more than 80 volunteers have actively participated in festival events and worked on specific aspects related to the daily operations of BergamoScienza. Volunteers are the heart and soul of BergamoScienza.

BergamoScienza Festival thrives and grows every year thanks to the significant help provided by our many volunteers who dedicate their time, energy and boundless enthusiasm.

There are many ways to volunteer for BergamoScienza:

- School students: They arethe festival’s driving force and their involvement makes BergamoScienza unique among Italian science festivals. They serve as guides for the exhibits and workshops and help the staff during festival events in a variety of ways, from providing programme information to welcoming visitors and managing festival facilities.

- Youth committee (<35 years old): The most motivated students become part of this group that helps during the festival and has also organized events at the BergamoScienceCenter for more than a year. These whiz kids have also dreamed up some creative activities: ScienceCinema during which science-themed films in their original language are screened and discussed; the Mat-Enigma treasure hunt in Bergamo’s centre conducted with the help of students from the University of Bergamo’s MatNet Centre for mathematics education; the Escape Room, a musical-themed game in which you need to resolve problems in order to escape from the centre; and the Science Happy Hour offering sparkling drinks and conversation.
The youth committee gets together at least once a month to plan and carry out ScienceCenter events or simply meet for pizza or a day trip.
At the moment, about 30 young people make up this committee. Get to know the group and its members by simply liking the Facebook page of the Comitato Giovani BergamoScienza (BergamoScienza Youth Committee)

- Senior Volunteers (>35 years old): Since the first festival in 2003, this group has ensured that the public knows all about this major event and the activities that will be taking place in various locations.
They joined BergamoScienza in order to “actively contribute to the creation of a sustainable future for young people” and, fortunately, they’ve never stopped helping.

“We are often asked why we don’t let the young people take over. The answer is simple: age loses its meaning. We all wear the same t-shirts and are equal. When we are together, the reality is that each person contributes a specific skill and we learn from each other and grow”.
Roberta Frigeni, Secretary of the Senior Volunteer

All the members of our organizational bodies are also volunteers: Board of Directors, Scientific Committee, School Committee and Exhibits and Workshops Committee.

Learn more about volunteering and how to apply. JOIN US

The Association encourages the participation of all citizens, businesses, associations and institutions that have an interest in spreading scientific and technological knowledge.